The story of how the presidential campaign of 1840 established Ohio state symbol as the buckeye and the history of Colonel Sproat, sheriff, who was the first Ohioan to called "Buckeye". 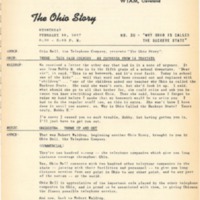